May 02, 2021
On my journey, I tend to look at Bible passages and think, "Wait. Is what I was taught actually what was meant?"   Is Matthew 7:1-3 just about not judging others?  Or is it just as much about not judging yourself? Or about not starting the domino-effect of everyone judging each other? Or is it equally about the first few words, "Do not judge so that you will not be judged. (NASB)?" My contention continues to be that God never intended us to see bad/good or label actions as "sin." My thought is that Jesus may have been suggesting that the only reason "judging" exists on the planet is because humans started it.
Post a Comment
Read more

April 23, 2021
"Name it and claim it." "These are the 'BE' attitudes." "Seek first His kingdom... and you will be 'blessed.'" "Everything happens for a reason."   No.   Church leaders and their followers have clung to a transactional function of our relationship to God and how the universe "works;" or even how "attaining heaven" works. No. I do not believe Jesus was teaching how to "attain" or "obtain" anything. I believe He was teaching how to make the world full of blessings; or even how to see that they are already there. He was teaching that we all share struggles, but together, in Love, we share heaven here and now.   Don't equate good fortune with blessings. Blessings are the bonds we share.
Post a Comment
Read more

April 21, 2021
There are throngs of people in the U.S.A. who accuse those like me of "living in fear." It is suggested that we "live in fear" because we Stayed home when directed. Wore a mask when suggested. Got a vaccine when they became available. Regularly get vaccinated against a variety of ills. Regularly follow recommendations from doctors and medical institutions. Avoided crowds, groups, and people in general when government agencies said disease was rampant. and on and on.... I find that the folks who claim I "live in fear" often seem to cling to a religious belief that God is also to be feared.  Always. The God they fear  insists on specific rituals.  insists that no one was created good. insists that we should constantly judge the actions of ourselves and others. insists that we should "speak out in love" against the "sins" of those around us. insists that there is only one version of religion that knows this God. This is not the God I kno
Post a Comment
Read more

Who Did Jesus Condemn? 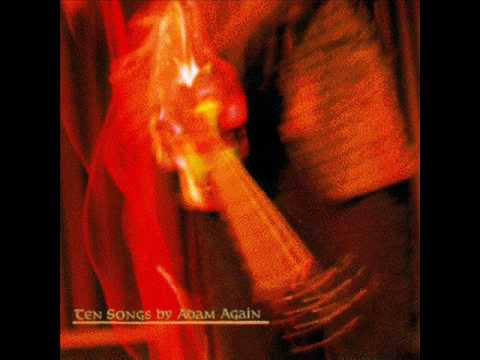 What was Jesus' Gospel? Did He preach about the need to shed a sinful nature? Did He preach that mankind was condemned to suffer eternity in Hell unless they said just the right penance? Did He single out the varied other faiths of the Mediterranean Region and cite why each was destined to lead to Hell? Did He condemn the lifestyles of the lascivious Romans and their sexual promiscuity? Nope. He pointed a finger at all those who would condemn a "woman caught in adultery" and condemned their hateful spirit. He pointed a finger at all those who would claim to be greater and called them lesser. He pointed at the religious leaders and called them vipers. His Gospel was Love. After He died, He still came back one more time to instruct His followers to take THAT gospel to the world. The Gospel He preached was that there never was condemnation. He said it Himself. He was doing as His Father is doing - not condemning, but loving, healing, and asking everyone to do the same.  His
Post a Comment
Read more

March 29, 2021
I understand why some Christians feel the church in the United States is constantly being persecuted.    It's because we have a tendency to want to believe that we are right.  That we have always been right. That we've never strayed.   In our efforts to believe that we are right, we have difficulty questioning when we might be wrong.    Religion has been wrong many times before.  Slavery.  Crusades. Race. Westward Expansion.   But. No one wants to think that there are still pieces of their religious foundations that might STILL be wrong. So - when someone calls in to question *one* idea, the "persecuted" feel that all that remains might also be in jeopardy. And they may be right. Because, it's possible that they were led astray. Admitting you were led astray is harder to believe; harder to admit,  than believing you are "persecuted" I do not believe the church is persecuted.  I believe its foundational beliefs may be wrong and is having trouble admitting
Post a Comment
Read more

January 09, 2021
It's hard for "Evangelical/Conservative Religions/Christians" to grasp the * possibility * that they may be wrong or mislead. Church institutions taught that to even question the "rightness" of leaders is to question God & as such is sin. Centuries of that's hard to defeat.   Jesus tried. Jesus questioned.   Jesus called out the religious leaders.   Jesus said - NO. It's not about rules, it's about love.   The children of God should not be about crime/sin and punishment.   Jesus tried to show us how to dump shame and live in heaven here and now.
Post a Comment
Read more

December 12, 2020
I have a vivid memory of my first set of Tinkertoys.   I remember following the directions to build a "space-ship."   I remember asking my dad to help me add more things on it.   I remember frustration building with my disappointment that "it wasn't working."  In my child's mind, I thought,  "This spaceship should fly! I built it. Maybe it's missing something. Maybe if I add more things..." Sometimes I think back to this memory as I view church congregations trying to build something that should fly like they expect it to. "This should bring in more people. It's what the other churches are doing that have more people. Why aren't our programs 'working?' We *look* like the other churches." I think back to my child's mind thinking, "I want to build a Space Ship!" And I did - I built the one based on the model I knew. It was never going to fly. It didn't use materials that would make it space-worthy. In
Post a Comment
Read more
More posts